Maui sunsets are as exceptional as the rumors suggest, ranging in colors from whisper pink to fiery red and reminding all who witness them that nature’s shows are the best. Savoring them from the island’s shores is a highlight for kamaʻaina and visitors alike, but watching them from the stern of a boat? Now that’s another story. Here are the top Maui sunset cruises.

Sunset cruises go down as one of the most popular activities on Maui for a reason: They provide beauty and romance in equal measure, as well as an ambiance seldom found on terra firma.

Here are the top 5 dusk-on-deck affairs—and why you should book a spot on one of them.

END_OF_DOCUMENT_TOKEN_TO_BE_REPLACED Snorkeling and Maui go hand in hand for a reason: the pristine waters off of the Valley Isle’s coast teem with some of the most vibrant marine life in the world. And while terrific snorkeling is found just off the beach across the island, nothing trumps taking a trip out into the Pacific—where diving under may put you within reach of everything from manta rays to Hawaiian squirrelfish.

COVID UPDATE: All of these Maui snorkeling tours are back up and running with weekly (if not daily) tours.  Small groups and distancing are being observed as well as strict cleaning policies.

Choosing the right snorkeling tour on your Maui vacation, however, is a different story. Dozens of boats line the Kihei and Lahaina harbors, ready to whisk guests to several of Maui’s most revered places. With this in mind, we’ve pulled together the top 5 snorkeling tours Hawaii’s second-largest island has to offer—and why you should book a reservation pronto:

END_OF_DOCUMENT_TOKEN_TO_BE_REPLACED The Big Island’s Maunakea has been a hot topic in recent times, undergoing everything from fierce protests to torrential rains to blankets of snow. But take away the commotion and what remains is the mountain Native Hawaiians deem the most sacred site in their North Pacific archipelago. Understandably so. Soaring 13,769 feet above sea level, it’s not only the highest peak in the Hawaiian Islands but when measured from its underwater base, is also the tallest mountain on Earth. Physical attributes aside, it was and continues to be a sacrosanct place, and home to a number of Hawaiian deities. Its more common, contemporary spelling, Mauna Kea, translates to “White Mountain”—for the seasonal snow it sees—while “Maunakea,” as suggested by the University of Hawaii at Hilo’s School of Hawaiian Language, indicates the mountain of the Hawaiian deity, Wakea. Its majesty, its height, its remoteness, its dry air, and the clear, luminous sky that cradles it has rendered the dormant volcano one of the leading astronomical observation sites in the world. In addition to serving as the designated place of the proposed Thirty-Meter Telescope (TMT)—the cause of those aforementioned protests—it houses thirteen telescopes operated by astronomers from eleven different countries. In other words? The summit is the place to see the sky.

As such, tours to its peak abound across the Big Island, offering budding astronomers, avid stargazers, and early risers a chance to get this close to heaven. Here are the top Maunakea Tours we’d recommend—and why you should toss a sweater into your suitcase now:

END_OF_DOCUMENT_TOKEN_TO_BE_REPLACED The Top 5 Road to Hana Tours

A serpentine route that parallels one of the most spectacular coastlines in the world. Waterfalls galore. Plunging freshwater pools. Beaches comprised of black sand, gray sand, white sand, and even red. Tropical rainforests; radical seascapes.

Is it any wonder why the Road to Hana is considered a leading attraction not just on Maui but also on Earth? 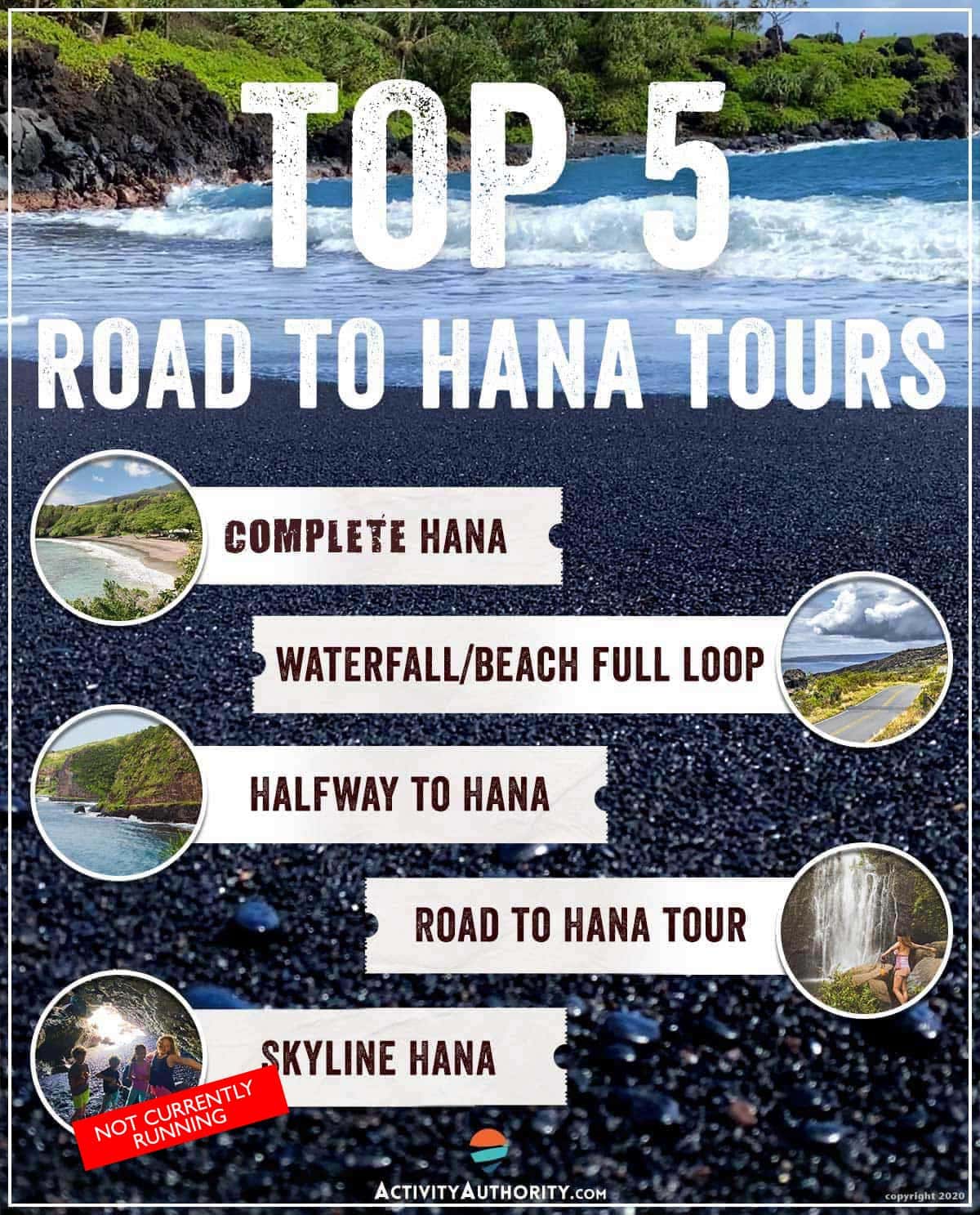 Not at all. And yet, for those who choose to eschew a self-driven exploration of Maui’s remote eastern coast, the question becomes which tour they should select. With this in mind, we’ve pulled together our top 5 picks for the best Road to Hana tours—and given you a rundown of each option.

END_OF_DOCUMENT_TOKEN_TO_BE_REPLACED Once the capital of the Kingdom of Hawaii, Kailua-Kona—the hubbub of all things fun in the sun on the Big Island—is a visitor’s Shangri-La. Balmy weather, first-rate snorkeling, world-class resorts, a historic village brimming with lively shops and restaurants—the enclave is as entertaining as it is stunning. Here are the top 5 Hawaii Island Tours. Located on the southern slope of the Hualalai volcano, it’s the perfect spot to revive in style—and the perfect starting point for some of Hawaii Island’s coolest tours. We’ve rounded up our choices for the top five of these expeditions; here they are:

END_OF_DOCUMENT_TOKEN_TO_BE_REPLACED 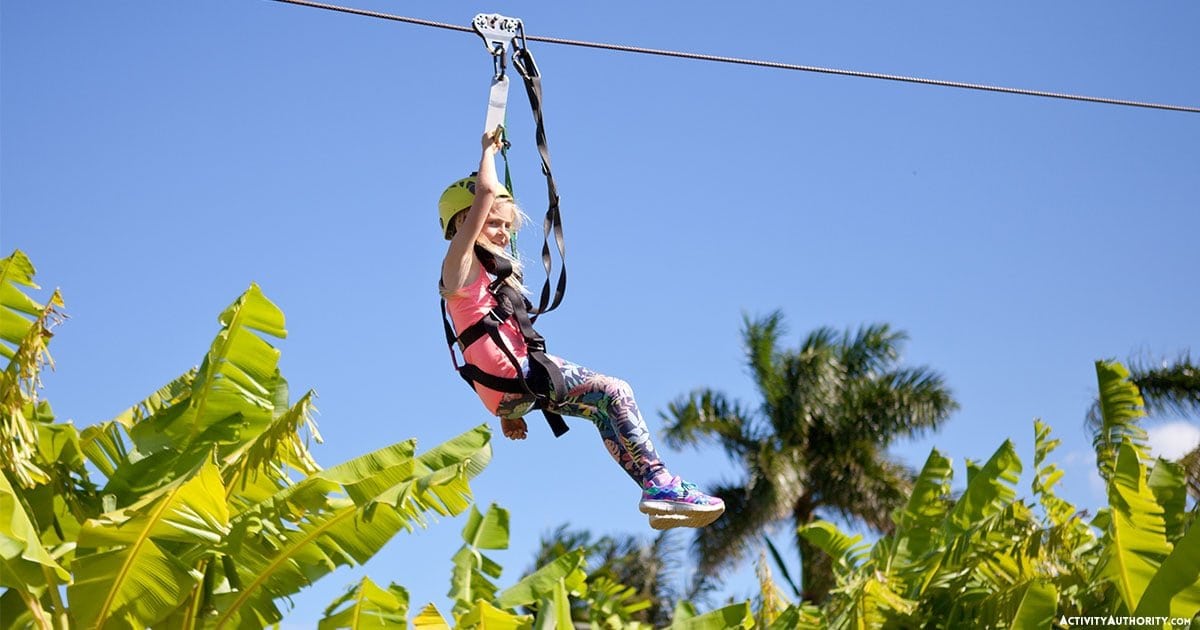 Adrenaline junkies know there’s nothing quite like the rush of riding a zipline—and beauty seekers are just as stoked on the splendor they deliver. Both kicks and magnificence come in spades on the island of Maui, where ziplines have been popping up with increasing frequency since Skyline EcoAdventures opened the U.S.’s first commercial tour in 2002. Crave a soaring view of Maui’s neighboring islands? Check. Keen on being surrounded by plants reminiscent of Jurassic Park? Check again. Indeed, when visiting Maui, the question is less should I go ziplining, but which tour should I choose?

With this in mind, we’ve pulled together our top 4 picks for Maui’s best ziplines, presented here in random order: